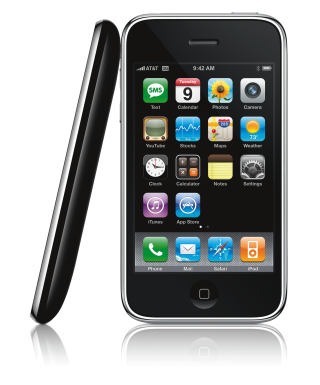 Softbank finally announced the deal to become official iPhone peddler at the beginning of this month. Talks had been going on for quite a while and competitor, DoCoMo was also thought to be in talks with the tutti-frutti company. In fact, according to Reuters, DoCoMo has said the company is still in talks with Apple.

The announcement comes a few weeks after similar announcements from other carriers like AT&T and O2 UK and it seems as though Softbank, the official carrier for the iPhone in Japan, will follow AT&T’s example, charging roughly the same amount for the 3G Jesus-phone as opposed to the UK carrier, who announced plans to offer the phone for free with some of it’s more expensive plans.

Softbank’s chief executive, Masayoshi Son, told Reuters that it would not be the price that attracts customers, but the iPhone itself and that the company expects iPhones to be a scarcity during the period following the launch.

"There have been users who were just attracted to our low price, but the main point this time is feature attractiveness rather than price. we expect the first lot to evaporate instantly. We in the company will probably fight to get one as well. Supplies will likely be scarce for a while."