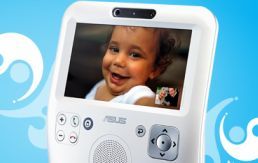 The Road to Skype

Perhaps it started when I called AT&T and asked the folks there to reduce my cellular family plan to be competitive with T-Mobile and Verizon. After all, I figured that T-Mobile was offering more total voice/data/messaging service for about $50 less per month. A friend of mine had gotten his rates adjusted with a phone call, so why not me? But no, AT&T wouldn’t budge, perhaps because we’d gotten my wife a new BlackBerry in December under a fresh, shiny two-year contract. Knowing I was stuck between a rock and a $175 premature termination fee, they kindly bid me good day.

Okay, I thought, where do I come up with $175 in savings to counterbalance pulling the plug on ol’ Ma Bell if I so desired? That was when a friend happened to instant message me on Skype. Hmm...Skype.

We’d ditched our home landline many months ago and gone cellular-only, but that hadn’t been quite the coup I’d hoped. Turns out that a couple of particular family members on my wife’s side chew up a lot more minutes and text messages than I’d thought, resulting in plan overages and having to upgrade our service. Now the savings from going cell-only have practically evaporated. For two BlackBerry phones with unlimited data on AT&T, we’re paying nearly $200 per month.

A Vonage disaster two years ago had soured me on residential voice-over-IP (VoIP), but times change. Perhaps it was time to give VoIP another shot. I know there are many options in the market, and I was sorely tempted to give the MagicJack and Google Voice a whirl. However, given its market prominence, third-party support, and my natural desire to consolidate as many communication modes as possible under one interface and/or service, I decided to give Skype a shot. Just maybe, Skype could become my new “land line” and take the strain off of both my cellular plan and monthly budget.

Current page: Can Man (And Family) Live On Skype Alone?

Next Page Skype Details
18 Comments Comment from the forums