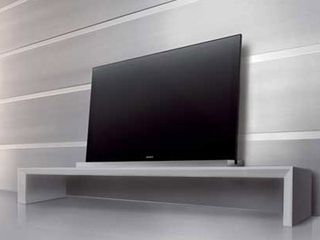 UK owners of Samsung TV sets have been enjoying 3D video streaming since last Tuesday, and, just seven days later, U.S. users are able to join the party. Samsung yesterday announced the launch of its Explore 3D streaming service in the United States. The service comes via the Explore 3D app, which is available from Sammy’s SmartHub UI, and will offer "dozens of pieces of 3D content" for free. Streaming in HD, the current line up includes movie trailers, music videos, educational content and full-length TV shows from Wealth TV. Samsung says that later in the year it plans to offer users access to paid content, including movies, shorts and documentaries.

"Once consumers experience the wonder of immersive 3D that we deliver on Samsung 3D LED and 3D Plasma TVs, they generally crave all the 3D content they can get their hands on," said John Revie, senior vice president of Home Entertainment, Samsung Electronics America, Inc. "We decided to expand our Explore 3D App with both free content and – coming soon - feature films in order to meet this growing demand."