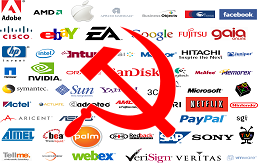 The term Silicon Valley is forever intertwined with the history of both the microchip and the United States. It’s just south of the Bay Area and San Francisco, with San Jose as a capital and much of the Santa Clara valley as a domain. This high-tech hub acts as the unofficial Mecca for all things involving modern technology, from the giants like Google, Apple, and Intel to the social networking masters like Facebook and Twitter, to car companies like Tesla. Silicon Valley is a proving ground as well as a homestead for the established, a haven for startups and veterans alike. Sure, other cities in the United States, and some countries around the world (Japan, England, and Israel), are adding tech giants to their list of corporate citizens every day, but Silicon Valley has been, and will always be, center stage (unless some crazy tycoon tries to destroy it again).

All is well for Silicon Valley right now, but Russia is planning a tech destination of its own. President Dmitry Medvedev wants a Silicon Valley for Russia, and these plans have already been set in motion. Medvedev is rapidly taking this idea from dream to reality, so what does this mean for the United States? Is Russia trying to usurp the microchip throne or do its leaders simply want to carve out a satellite city for themselves? Should we be worried about tech giants abandoning ship and heading for Moscow? And perhaps more importantly, will Russia’s Silicon Valley be a more attractive destination for new pioneers and startups? In the end, how hard will America have to fight in order to stay on top?