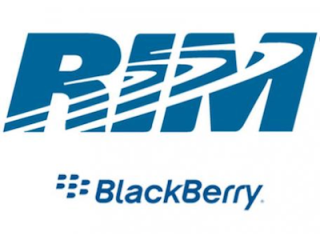 If any further proof was needed that the days of the 'crackberry' as an essential part of a tech savvy person's ensemble were over, it was provided today by the news that Research In Motion has begun a series of layoffs that include people at the upper reaches of the company. These actions resulted from the unsettling news, elaborated on during an Investor call earlier today, that for the fifth quarter in a row, earnings missed earnings guidance; the company's fourth quarter earnings of 4.2 billion were well below the 4.6 billion projected, and a staggering 19 percent drop from quarter three.

More troubling, in light of this string of missed goals, the company will discontinue offering guidance, evidence that they expect the situation to remain chaotic for some time to come. And speaking of chaos, the new period of uncertainty was inaugurated by reports that the company had begun culling staff even at high levels.

An anonymous source within Research In Motion told The Globe and Mail “Lots of high level people within RIM were let go today. Quite a few. Big shake up." Among them is former co-CEO Jim Balsillie. Already removed from his costarring role at the top of RIM, he has now also resigned from RIM's board of directors, effective today.

"[With] my retirement from RIM," Balsillie said during today's investor call, "I’m grateful for this remarkable experience and for the opportunity to have worked with outstanding professionals who helped turn a Canadian idea into a global success." No other laid off execs were named, though the aforementioned anonymous source claimed that sales and marketing staff, largely those who reported to Balsillie, were among those scheduled for redundancy.

During the call, new RIM CEO Thorsten Heins discussed the uncertainty of the company's current footing, and their plans to right the ship, assuming it can be done. "We are undertaking a comprehensive review of strategic opportunities," Heins said, "including partnerships and joint ventures, licensing, and other ways to leverage RIM's assets and maximize value for our stakeholders... It is very clear to me that substantial change is what RIM needs.” Few details were provided, but he hinted at a major shift in Blackberry operations. “We believe BlackBerry cannot succeed if we try to be everybody's darling and all things to all people.”

What that means is anyone's guess, but it's apparent that the Blackberry brand is nobody's darling at the moment. Time will tell if the spark can be rekindled.