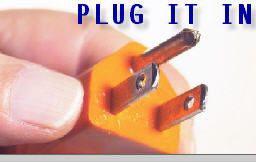 Back in 2000, a group of electronic device and networking manufacturers got together and founded an industry association called the HomePlug Powerline Alliance. Their objective was both interesting and appealing and has generated considerable interest and buzz from consumers: to develop networking devices that can plug into standard home power outlets (110/120 V 60 Hz in most of North America and 220/230 V 50 Hz in most of Europe and the rest of the world) in order to create a bridge between conventional or wireless Ethernet and power lines in the home. The idea is to let in-home wiring provide the links between rooms and around the house, while standard Ethernet or wireless devices handle the links between the HomePlug Device and PCs or other networking gear (routers, Cable/DSL modems, wireless access points, and so forth).

Beyond allowing your network to extend where it isn’t otherwise able to go, PowerLine technology offers interesting capabilities for households and small office/home office environments. It’s great for extending the reach of home media, especially for the growing number of small networks with streaming media servers or to bring media extenders or gaming consoles into the mix. PowerLine technology is also a boon for those who want to connect computers to the network in rooms where in-wall or other wired outlets may be absent or where interference or distance makes wireless unworkable. This can be especially helpful in condos or apartment buildings with rooms adjacent to elevators, large transformers, or other heavy electrical equipment. Given that electrical wiring already goes everywhere, why not use it to let your network do likewise? On average, you’ll pay about $55 to $65 per PowerLine AV adapter (and remember, you always need at least two to use this technology), which puts it on par with 802.11n USB adapters and about $10-$15 more than 802.11g adapters.

There’s no denying that this is a brilliant idea and helps to turn something everyone has at their disposal—in-wall electrical wiring—into the backbone or infrastructure for an in-home network. Initial implementations of this technology called HomePlug 1.0 started to appear in 2001. But it was limited to a theoretical maximum throughput of 14 Mb/s and quickly proved too slow for many in-home applications, especially multimedia (music, video, TV, and so forth). By December 2005, a second version called HomePlug AV was released, and HomePlug AV devices started hitting the market in 2006. This version is designed for HDTV and VoIP traffic in the home and supports a much higher theoretical bandwidth of 189 Mb/s. However, you will see that the Alliance Web pages claim rates up to 200 Mb/s, while other sources use a more conservative estimate—and as our test results will show, these claims are more or less moot anyway.

Next Page PowerLine AV Adapters
35 Comments Comment from the forums