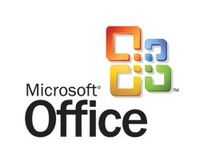 Microsoft has officially launched the free, online version of its upcoming Office 2010 suite. Called Microsoft Office Web Apps, users now have a cloud-based option to create and edit documents from anywhere around the world--and without the need to save them locally on an HDD or USB drive. Users simply need to set up a Windows Live account and head over to office.live.com in order to use the online-only tools.

Although the retail desktop version of Office 2010 is probably more robust and feature-rich, the online equivalents of Microsoft Word, Excel, PowerPoint and OneNote do the job of manipulating Office-based files rather well. The main Office menu lists your recent-most documents while providing buttons to create a Word, Excel, PowerPoint, and OneNote document to the right. There's one single advert in the bottom right corner, however it's not loaded with heavy Flash or floats around like an annoying fly.

The only drawback is that the online suite saves the files using *.docx, *.xlsx etc. as seen with Office 2007 and the upcoming 2010 suite. Many consumers and businesses who are still using older versions of Office (2003) are accustomed to the *.doc format. Why are they using the old software? Hardware compatibility issues possibility, maybe a resistance to change. Nevertheless there's a tool to convert *.docx to *.doc, however it's somewhat of a hassle.

The new online tools are linked with Microsoft's SkyDrive service launched almost three years ago. This is a file storage and sharing service that allows Windows Live users to upload files to the computing cloud and access them through a web browser. Consumers have 25 GB of storage for free, personal use--files sizes are locked down to 50 MB each. Apparently an ActiveX-based tool can also be installed to allow drag-and-drop uploading from Windows Explorer.

Microsoft Office Web Apps can be accessed through Internet Explorer 7 or later. Non-Microsoft browser support includes Google Chrome, Firefox 3.5 and higher, and Safari 4 and higher. Although iPhone, iPad, and iPod Touch users can't create and edit files, the stock Android web browser actually does work with the online suite without a hitch. The latter is somewhat surprising given that Google and Microsoft seem to be at odds, and that Office Web Apps is in direct response to Google's own online office tools, Google Docs.

This article was written using WordWebApp.