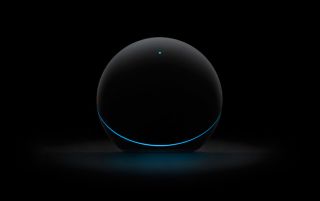 Google's Nexus Q might be a streaming media device but it's limited to running content from the Google Play Store and YouTube. However, it may not be for long, as one developer has demonstrated that it's possible to load games using Google's latest Nexus gadget.

Everyone at Google I/O got a free Nexus Q and it seems the developers on site are working hard to hack the device. Just one day after the Nexus Q was unveiled, one dev by the name of Philippe Hausler has managed to tweak the device so it loads Swords and Soldiers.

Hausler's work was publicized by Christina Kelly, who works at start-up Apportable doing community management and customer support. Unfortunately, the start-up screen for Swords and Soldiers is as as far as the engineers at Apportable have gotten for now.

"We tried to run Osmos on it, but there's a multitouch requirement that the Q somehow does not satisfy," Kelly writes.

Still, this device seems pretty hacker friendly and we're eager to see what the development community does with it. Certainly the specs suggest it could handle something more than its current functionality. It's powered by a dual-core ARM Cortex-A9 CPU with SGX540 graphics and packs 1GB LPDDR RAM, 16GB NAND flash memory, Bluetooth, NFC, and ethernet connectivity. It features a 25W amplifier as well as banana jack speaker outputs, Micro HDMI and Micro USB.

Things should get especially interesting in July, when the device is officially launched and available to all those that weren't able to attend Google I/O.