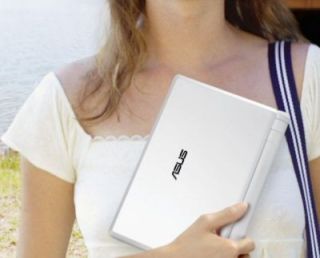 For Black Friday, people opted to stay in bed rather than venture out into the cold to fight tooth and nail over game consoles or toys that analysts predict will be thin on the ground this season. However, it seems the biggest hit this Cyber Monday, wasn’t the Wii or anything else in short supply but netbooks.

According to PC World, by the end of the day Amazon’s top 10 list had ultra mobile notebook written all over it. Seven of the ten spots were taken by netbooks with the Eee PC 900 and Acer’s Aspire One fighting over the top spot through out the day. The Eee emerging victorious, the Aspire made up for it by taking both second and third place.

Another big hit was the OLPC foundations XO laptop. Available on Amazon through the recently relaunched Give One Get One program, the green and white laptop made fifth place in the bestseller rankings. However, it’s not clear whether the list takes into account the fact that buyers have to pay for two with one purchase, something that could affect rankings a little. The non-netbook hits were Apple’s latest model of the 13.3” MacBook and two of Samsung’s high-definition LCD monitors placed in fourth and sixth.

We have to say it’s nice to see so many people opting for something that’s not in short supply. The fact that the every Tom Dick and Harry have a netbook in their product line means that if one brand sells out, there’s countless other companies who manufacture similar products with similar enough specs that you can buy instead.