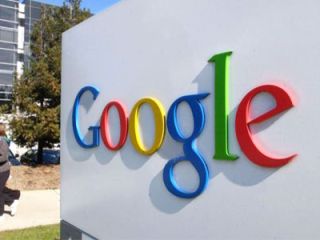 Earlier this month during Google I/O 2011, the search engine giant launched its long-awaited "Music Beta," a cloud-based digital locker that allows Googlers to store and stream their favorite music to the PC or mobile Android device. The company boasted a capacity of up to 20,000 songs that users can max out for free until the beta tag is finally dropped at an undisclosed date.

But like Amazon's Cloud Player, Google was unable (or unwilling) to obtain music licenses from the major record labels. "We’ve been in negotiations with the industry for a different set of features, with mixed results," Google told Billboard the night before the announcement was made. "[But] a couple of major labels were less focused on innovation and more on demanding unreasonable and unsustainable business terms."

According to unnamed sources, Google actually tried to get publishers to agree in letting consumers scan their CD bar codes into the Google music database. This would "unlock" digital masters provided by the record labels, preventing users from ripping their CDs or purchasing additional digital copies. But negotiations with Sony Music and Universal Music collapsed, so Google decided to launch the service "as is."

Currently Google is only allowing access to Google Music Beta via personal invite. The service itself is exactly what reports claim: a digital locker for your music allowing storage for up to 20,000 songs. The library is accessible from any computer, but locked down to eight external devices. Still, that's not too shabby considering a few subscription music services lock down only one external device until users pay an additional fee. Music Beta users can authorize and deauthorize additional devices simply by accessing the Settings menu.

As expected, users are required to install a Music Manager, a simple little program that hovers in the background and waits for the user to dump new music files into a specific location. These files can be yanked from anywhere on the hard drive: the iTunes folder, My Music folder, the Windows Media Player, or wherever else music is stored. There's also an option for Music Beta to upload automatically, manually, or at most once per hour/day/week.

As we've already seen, music can be streamed from Google's servers to the Music Beta browser-based PC client or to the refreshed Music app for Android. Under the app's Settings menu, users choose the correct Google account which thus unlocks settings such as "Cache music," "Stream music via Wi-Fi only," "Download via Wi-Fi only," "Download queue" and "Hide unavailable music." All songs stored on the Music Beta servers will thus appear in the Music app listing, and can be downloaded/cached quickly by pressing the Menu button and choosing the "Make available offline" selection. The on-device list can also be filtered from "All music" to "Offline only" to reduce clutter.

The biggest surprise with Google's Music Beta service however was the inclusion of free music. Upon setting up the account on the PC, Google asks for preferred genres including Alternative/Indie, Dance/Electronic, Hip-Hop/Rap, Metal, Pop, R&B/Soul, Rock and more. Out of those seven categories alone, Google dumped 198 free songs into the account ranging from Blue Oyster Cult's "Godzilla" to Warrant's "Cherry Pie." There's no indication that the music is a permanent fixture, or if they're simply temporary samples for testing the service's streaming capabilities and overall quality.

As for the PC version's interface, it's extremely simple. The left "My Library" tab/column is broken into four segments: the song-type area, "Auto Playlists" (Thumbs Up, Recently Added, Free Songs), "Instant Mixes" and "Playlists." The song type area consists of "New and Recent," "Songs," "Artists," "Albums" and "Genres" which open up into the larger tabbed area to the right of the "My Library" column. Along the bottom of the screen, users can access controls like pause, play, forwards, backwards, shuffle and repeat. Users can also vote "thumbs up" and "thumbs down," and even control the music volume within the browser.

So is Google's Music Beta better than Amazon's Cloud Player? Visually Music Beta is more appealing, but both seemingly offer the same service. Clearly the additional free music from Google doesn't hurt, but Amazon may have the upper hand simply because it also sells digital music which can be added to the Cloud Player storage at no additional cost or virtual space.

On the other hand, Google's Music Beta is native to the Android OS, and right now it's offering a 20,000-song capacity until the beta ends. Final pricing for Google's music storage is unknown, but Amazon is currently offering 20 GB free for an entire year after purchasing a digital album. After that, 20 GB is $20 per year whereas 5 GB of space is free.

With Google's Music Beta, there's certainly room for improvement, but the service is fresh out of the oven and clearly indicates that Google is working on something larger behind-the-scenes. With the launch of the "Movies" section on the Android Market, it's not difficult to see Google launching a "Music" section in the near future, allowing users to purchase digital albums and tracks, and store them in Music Beta for free.

But right now, consumers are bombarded with talk of cloud-based music lockers, and Apple has yet to reveal its hand. Yet by looking at the overall big picture, music lovers could simply spread their library across a huge-yet-free cloud consisting of Google, Amazon, mSpot and a few others. It would just a matter of remembering what each free service stores, and then launching the appropriate app/web-player.