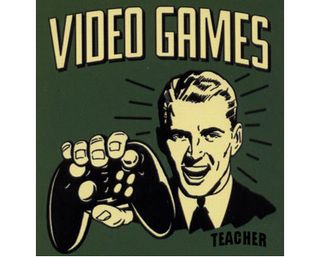 In the video game world, the three most important regions (in no particular order), are Japan, Europe, and the United States. While a balanced attack from Nintendo, Microsoft and Sony is usually expected, every once in a while one of the big three hardware manufacturers will start bragging about sales in one particular region.

Recently, Microsoft has been touting its sales numbers in Europe, claiming that its Xbox 360 saw a 124 percent jump in sales during the first three weeks of November. According to the same GfK Chart-Track, Wii sales were up 43 percent and PlayStation 3 sales were up a meager 3 percent. The largest areas of gain for the 360 were in Spain, Italy and France.

"November was a very significant milestone for Xbox – we sold the most consoles ever in our history in Europe, and are outselling PlayStation 3 week-on-week across Europe," said Chris Lewis, regional VP of Xbox in Europe. "Since the reduction in the Xbox 360 ERP in September, bringing the entry-level price point for Xbox 360 down to GBP 129.99, consumers have responded enthusiastically to the Xbox 360 offering. Our strong partnerships with retail and with publishers have played a big role in this success – we are working closely with retail to ensure a steady supply of consoles throughout the Christmas season, and third-party games have been selling well on the Xbox 360 platform and providing great choice for consumers," he added.

While Microsoft is tooting its own horn on European sales, Sony is balking at the numbers. According to its own internal sales figures, Sony claims that it has outsold the Xbox 360 in PAL territories (meaning Europe), by 300,000 units. SCEE President David Reeves also told mcvuk.com that Sony would not be lowering the price on its PS3 anytime in the near future, despite the strategy working for Microsoft.

"No we are not going to go down in price; neither are we going to go down in price on PS3 in spring time either. Absolutely not, whatever you might have heard to the contrary,” said Reeves. "Our strategy is very much value added.” Reeves also emphasized that the current business strategy for Sony’s Computer Entertainment division does not call for price drops every time manufacturing costs go down. Having been in the red for the last two years, Sony wants to see its PlayStation division get back to profitability, and in their minds, the best way to do that would be to keep the price the same while having manufacturing costs fall.

However, when it comes down to many consumers buy a video game console for their children, many may shy away from the $400-$500 PS3 and embrace a $200-$250 360 or Wii. "While [consumers] may cut back on large purchases like automobiles or appliances, they’re still looking for entertainment," said Shane Kim, Microsoft’s vice president of strategy and business development for the videogame business. If you ever wander into a Home Depot, you’ll see that many appliances run in the $500 price range, meaning the PlayStation 3 may find itself in the dust unless a price drop comes sometime soon. And if Mr. Reeves is to be believed, then we shouldn’t expect one until at least the summer of 2009.