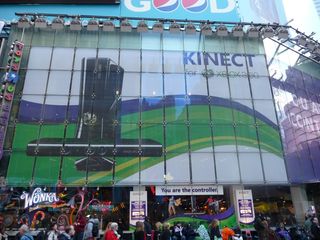 Many hardcore gaming fans think Kinect is just a little bit too casual to bother with, but you have to admit, the motion-sensing peripheral has enormous potential. It's for this reason that open-source hardware developer Adafruit last week offered up a $2,000 bounty for the first person to build an open-source driver for Kinect.

Just a few days later, someone has cracked the device, though according to Engadget, getting his hands on Adafruit's money is not on this hacker's list of goals. In fact AlexP doesn't even know if he's going to publish the exploit he used to hack the motion-sensing depth camera so it can nod its head on command and feed real-time accelerometer data to his PC.

A post from AlexP on the NUI Group forums reads: