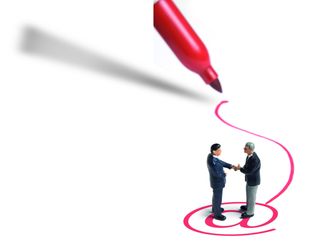 While Nye is stepping down, don’t fret, you won’t be seeing a new face filling the empty slot that Nye is leaving behind because Reid Hoffman founder of the LinkedIn and former CEO will be stepping back up to the plate to take on the role. What’s more, according to the WSJ, former Yahoo Jeff Weiner will be joining the team to oversee day-to-day operations as interim president.

Now that that’s out of the way we’re free to say, “uh, what?” While LinkedIn has seen a couple of cutback recently, this is not something we were expecting. Kara Swisher spoke to both Hoffman and Nye and according to her, Hoffman portrayed the changes as friendly. The founder praised Nye’s efforts as top exec, noting the company’s growth from eight million members to 33 million, reaching profitability, and its $53 million in funding in June at a $1 billion valuation but said, “We came to the decision that I needed to be working full time, driving the vision.”

Alright, so his story checks out but why is Nye leaving? So far, it looks like he’s keeping quiet on where he’s headed but Kara does have a video interview with Nye taped a little bit after he started at LinkedIn. He talks about how exciting he thinks Twitter is but he also gives some advice to Yahoo!. Without jumping the gun, do you think Yahoo! would ever consider Nye as the next CEO? Hmm… Probably not, but it’s fun to think about.