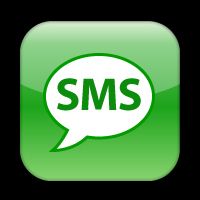 After numerous reports showing that cell phone usage while driving is dangerous, democratic senators have proposed legislation that would ban text messaging while operating a vehicle.

"The federal government ought to pass a law banning this dangerous and growing practice to protect the millions of Americans on our nation's roads. It is a matter of public safety," said Senator Charles E. Schumer, Democrat of New York, who introduced the bill along with Democrats Robert Menendez of New Jersey, Mary Landrieu of Louisiana and Kay Hagan of North Carolina, according to the AP.

14 states have already outlawed text messaging while driving, but the proposed legislation would pressure the remaining states to follow suit or else lose 25 percent of its highway money.

“Studies show this is far more dangerous than talking on a phone while driving or driving while drunk, which is astounding,” Schumer added in a New York Times story.

Earlier this week, the Virginia Tech Transportation Institute (VTTI) released a report saying that truck drivers who text messaged while driving were 23 times more likely to be in an accident situation than those who were focused on the road.