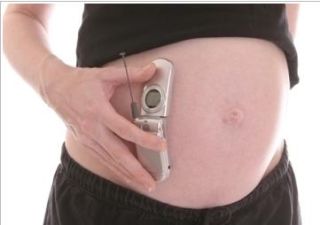 Reuters reports that nearly 18 percent of households in the United States have no traditional landline telephone and rely on wireless services only, which is up several percentage points from a year earlier. According to Reuters, 17.5 percent of homes in the U.S. were cell phone only and the first half of 2008, up from 13.6 percent a year earlier.

The news shouldn’t come as any big shock. The world and its mother has a cell phone and it’s easier to be able to contact the right person directly than ring their home. This added to the fact that people don’t take their landlines with them to the movies or grocery shop makes it an obvious choice for families with busy schedules or teenage kids.

Despite the obvious migration from wired to wireless, providers and manufacturers are still pushing the landline idea. Granted the models they’re pushing are landlines and something else but the basic function is there. Earlier this year AT&T and Samsung brought out HomeManager, a landline device with some extras thrown in to make it more attractive. Aside from doing what phones are supposed to, the 7-inch color touchscreen frame and portable speaker phone combines a calendar with automatic reminders, an address book (with an option to sync the HomeManager with your cell phone), visual voicemail (allowing you to pick and choose which messages you want to listen to first), email and a digital photo frame. The device itself looks pretty nifty, but it wouldn’t have us convinced that we need one for the kitchen.

The data for wireless vs. wired homes comes from the the U.S. Centers for Disease Control and Prevention, which collected the data as part of project to determine if national health polls were being skewed by a margin of error of plus or minus 0.9 percentage point.

Read the full story on Reuters.