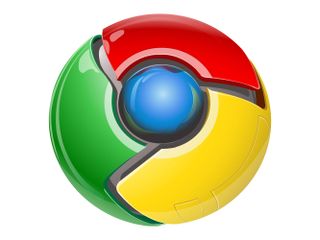 This week during a panel discussion at the Open Mobile Summit in London, Andrey Doronichev, Google's executive in charge of YouTube, recently explained why the popular video sharing site has been slow in fully adopting HTML5. There are several factors involved, the biggest of which is the cost of building apps using the new markup language.

"Building apps with HTML5 is its own skill, it's harder than iOS," he said. "The app has to work across websites on different browsers, so browser fragmentation is an issue."

There's also a problem of distribution. Unlike native apps developed for Android and iOS, there's no central location where users can purchase and install HTML5 apps. "Distribution is another major problem, where to find it," he said. "Consumers don't get HTML apps as there is no single place to go for the apps."

Just recently Facebook began rolling out its HTML5 app catalog, and Mozilla's own HTML5 marketplace is slated to be launched later this year. Google offers HTML5 apps via the Chrome Web Store, but as the title states, it's only for the Chrome browser which is limited to the desktop and Android 4.0 "Ice Cream Sandwich." Based on these examples, there's currently no single multi-platform storefront for HTML5 apps.

Doronichev pointed out that there's also an issue with payment. As it stands right now, there's no clear stance. Plus Apple's App Store holds the majority of the market share. "I don't know who will win the majority payment market share," he said. "At the moment its Apple but in the future I don't know, it could be something new."

Still, with the release of Chrome for Android, there's hope that Google's mobile operating system will be key in helping HTML5 app adoption. Chrome could provide a more stable base for developers, he said.

App developers new to the space should also consider the freemium model which essentially allows the consumer to use the app but purchase additional functionality from within. Amazon App Store director Aaron Rubenson made this revelation in a separate panel discussion, reporting that based on Amazon statistics, new apps using the freemium model tend to perform better for new development houses.

"It's important to remember downloading the app is only the first step. The pay-up-front model does still work for the right type of app with brand awareness. But there's a shift towards freemium," Rubenson said. "Apps with more of a story that engage consumers in the long term tend to do very well. Monetization is significantly downstream, revenue doesn't tend to come in on the day of download, or even in the week of download."

Still, there needs to be some kind of payment system in place for both new and experienced app developers for the freemium model to even work. As it stands now, consumers are dependent on Google Play, Amazon Appstore, Microsoft Marketplace and Apple iTunes to get their native app fill. Until there's a widespread platform (like Chrome) and a centralized HTML5 marketplace, consumers will likely stick with what's familiar.