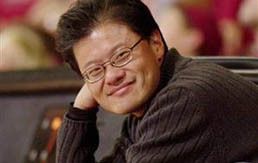 According to a report in the Wall Street Journal, Google executive “are now divided over whether to pursue a search-advertising deal with Yahoo,” as they look at all of the potential ramifications: The attentions of regulators (which Microsoft is sure to stoke) as the two largest search companies work together and, potentially, stifle competition in the market. The fact that Yahoo will gain insight into the workings of Google, something the secretive company really isn’t fond of anybody doing. And the fact that Microsoft has now gone away from the potential Yahoo deal, they can just afford to sound less enthusiastic anyways.

It suited Google’s ends for people to be talking about the partnership adding $1 billion a year in cashflow to Yahoo when such talk drove up the valuation that Yahoo wanted to sell itself for. In reality, for $1 billion in cashflow Yahoo would have to outsource its entire web advertising business to Google – something that Yahoo is not prepared to do, and something that regulators are not prepared to see happen.

The $1 billion figure – even the $500 million one – both assume that Yahoo outsource huge amounts of its search advertising business to Google, and fires much of its internal development team working on advertisements to make up cost savings. Yahoo does not want and cannot do this.

Google could do a limited deal with Yahoo still that is very, very, very, very carefully padded to ensure that no regulator can come over the hill with a big stick, Yahoo cannot gain an advantage over Google for knowing how it works, and Yahoo will not be able to claw back its slipping share in search users. The latter point is one also that should deaden Yahoo’s inflated share price after the Microsoft deal – Yahoo has admitted that its search ads don’t work, and it’s losing users to whom they can display any ads, be they Yahoo or Google ones.

The Google executives are signalling that the wild bonanza promised during the bleary-eyed days of the Microsoft takeover bid was just a mirage. Reality will bite Yahoo a little harder in the coming weeks.