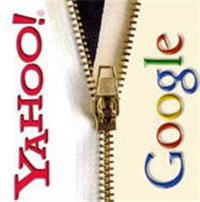 Reports are flying around the internet that the U.S. Department of Justice may have antitrust concerns about the Google-Yahoo trial partnership to show Google ads on Yahoo search results.

Confused? Well, get in line. The Yahoo deal with Google was to help stave off Microsoft, with Yahoo agreeing to trial Google ads in 3-percent of its search results. The trial was a success, according to both companies, and paves the way for a potential partnership in future.

The big area of concern is that between them Google and Yahoo control 90-percent of the search market, and so the partnership – if not handled correctly – could prove to be very anti-competitive and monopolistic. So it would be natural for the DOJ to look into the deal, particularly if there were any suspicions of foul play on behalf of Google and Yahoo; but even just simply to make sure that the deal does not become so big that it stifles the market.

At the moment the DOJ is not saying anything more than it is aware of the partnership between the two former rivals, and Yahoo and Google say that they are cooperating fully with the DOJ on the matter. Given the limited nature of the deal it could be difficult for Microsoft’s earlier claims that the deal would pose an antitrust issue, as Yahoo and Google are being careful not to carve up too much of the market by displaying Google ads on too much of Yahoo’s web space.

The convoluted web that has been spun since Microsoft made its bid for Yahoo continues to grow ever more complex.