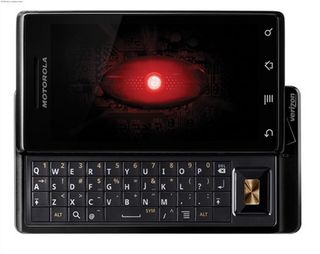 A custom-built Android phone from Google is now rumored to be making an appearance in 2010. Tech Crunch reports that it's no myth, but in fact the real deal. There's talk that the upcoming device might be a project similar to Apple and its iPhone, where Google controls all aspects of hardware and software without compromise.

According to the site, Google will in fact build its own branded phone and sell it directly and through retailers. Originally the device was planned to arrive before the holidays. However now the phone has slipped back into sometime early (Q1?) 2010. The phone will be built externally by a known mobile phone manufacturer, however Google's name will be what appears on the shell.

Unfortunately, that's all the "confirmed" news. Tech Crunch goes into detail about the "unconfirmed" stuff it's received, such as Taiwanese company HTC actually building the phone. There's also mention that LG or Samsung may be handing the manufacturing aspect, but Samsung may be out thanks to its ties with Apple's iPhone. Fingers are pointing to Korea as the "birthplace" of Google's phone however.

Sources have indicated that Google will begin promotions around January 2010. Of course, nothing official has been released, nor have we seen any kind of internal PDF or screenshot showing that the Google device exists. With the latest android smartphones taking off so quickly however, a dedicated Google phone isn't unlikely whatsoever.

Get more tech and gaming news by hitting me up on Twitter here.