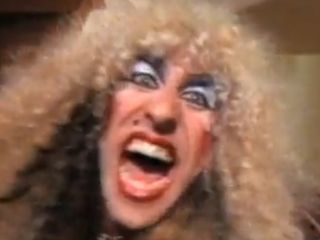 Monday GetJar's Patrick Mork quoted Twisted Sister by publicly telling Apple that "we're not gonna take it," and that it will not give in to the Cupertino-based company’s cease-and-desist letter regarding the use of "App Store."

The reaction arrives just after the Wall Street Journal reported that lawyers from New York's Kilpatrick Townsend & Stockton LLP requested that San Mateo, Calif.-based GetJar refrain from using "App Store" on its website and elsewhere. The letter also requested that GetJar use the terms "mobile download service" and "application download service" from here on out instead of Apple's supposedly exclusive "App Store" term.

But GetJar is blowing off the request. "GetJar won't be subject to this kind of bullying," he said. "We're not going to 'Cease & Desist'. We were here long before Steve & Co. We were built by developers, to help developers. Not to help sell handsets or search results. In the words of Twisted Sister: We're not going to take it! Steve Jobs isn't our Dad."

Mork said that GetJar was started by developers for developers in 2004 as a beta testing platform. They began to formally distribute free apps in early 2005 and "are among the pioneers of the modern direct-to-consumer (D2C) app store distribution space when the iPhone was just an R&D project in Steve Job’s head."

His public retaliation also pointed out that Apple tried to trademark the "App Store" term in 2008 but was rejected by the USPTO. The company then filed again and was given a "provisional" registration under the condition that Apple could trademark "App Store" only if its wasn't opposed. "It just so happens that Microsoft among others did oppose it," he added.

The cease-and-desist letter arrives on the back of a major PR and marketing campaign promoting one of iOS's most popular games, Cut The Rope, as a free app for the Android platform. "At the same time, we shifted our company positioning from Appsolutely Everything to Appsolutely FREE, since GetJar has been and always will be about FREE apps," he said. "Is this timing purely coincidental? Or does Apple care more about the fact that we’re trying to give apps away for free to consumers? You be the judge."

Mork also took the time to point out the "alarming truth" about the mobile ecosystem as a whole and how it's becoming increasingly closed.

"It’s character is dictated by larger companies exercising excessive force to get bigger shares of the pie," he said. "For example, Android was supposed to be FREE and open; yet developers can’t choose their billing solution. They have their price points micro-managed for them without input.  If Apple isn’t suing Amazon, it’s suing start-ups. Now Microsoft, who is struggling to gain traction with Windows Mobile, is charging OEM’s for using Android using our country’s broken patent system.  Where are all of these law suits and threats getting us? Is anyone actually worrying about whether app developers and content providers make enough money to keep the lights on?"

As of this writing, Apple has not responded to GetJar's retaliation.