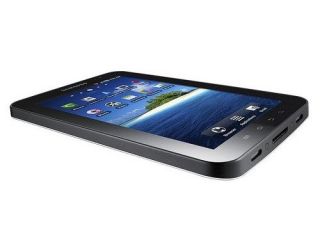 But wait, why would Facebook want to build a phone? Well, Arrington's source says that around the time the first rumors about the Nexus One hit, Facebook started to think more about deeper Facebook integration in phones. When the social network heard about a supposed Google phone it became more worried about the power Apple and Google held with iOS and Android, because to do stuff like integrating with contacts lists, etc., Facebook would need full control of the operating system.

TechCrunch's source didn't reveal too many details; the project is supposedly so secret, most of the Facebook staff don't even know about it. Arrington admits they have no idea what it will look like, how much it will cost or when it will launch. However, he speculates that the price will be around the $50 mark and suggests users might be able to pay their bills with Facebook credits.

Soon after TechCrunch posted its story, an anonymous source told Silicon Alley Insider that yes, Facebook is building a phone, and it will be based on Google's Android operating system. After that, everyone was talking about the possibility of a Facebook phone. It didn't take long for Facebook to nip things in the bud, though. The company released a statement denying that they were building a phone and calling TechCrunch's source inaccurate.

Mashable received the following statement from the social network:

"The story, which originated in Techcrunch, is not accurate. Facebook is not building a phone. Our approach has always been to make phones and apps more social. Current projects include include everything from an HTML5 version of the site to apps on major platforms to full Connect support with SDKs to deeper integrations with some manufacturers.  Our view is that almost all experiences would be better if they were social, so integrating deeply into existing platforms and operating systems is a good way to enable this. For an example, check out Connect for iPhone and the integration we have with contact syncing through our iPhone app.  Another example is the INQ1 phone with Facebook integration (the first so-called ‘Facebook Phone’). The people mentioned in the story are working on these projects. The bottom line is that whenever we work on a deep integration, people want to call it a ‘Facebook Phone’ because that’s such an attractive soundbite, but building phones is just not what we do."

TechCrunch responded to the Facebook statement by pointing out that of course Facebook wasn't building a phone; Google and Apple don't build phones either, they work with third party hardware manufacturers. Arrington maintains that Facebook will release an own-brand phone and when it does, it will refer back to this statement to highlight that it wasn't outright lying.

Do you think Facebook could release a phone? Let us know in the comments below!