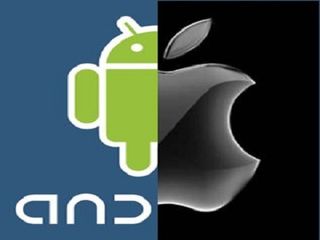 Let’s face it: Apple got a considerable head start over Android when it comes to mobile apps. The iPhone (and now the iPad), iOS and the App Store got the jump on everyone else in the mobile OS space. When the first Android phone launched, the Apple App Store already had 10,000 apps, compared to Android’s several hundred. Since then, the two app portals have exploded, with Apple’s up to 350,000 apps, and the Android Market trailing with 200,000 "official" apps (estimated figures put the total at 350,000).

While both ecosystems are potent and successful at this point, the two app stores are not equal by any means. Being first out of the gate, iOS got a lot of attention, with developers passing up Google’s unproven platform. Still, many of the most popular iOS apps have been since ported over to the Android platform or at least have independently developed counterparts; however, iOS seems to remain the developer platform of choice, and there are a handful of popular iOS apps that Android lacks. Similarly, Android’s open approach means it has several popular apps of its own that iOS would never allow.

We should note that this article was under well underway before Google's I/O conference last week. That confab was home to a slew of major announcements, including taking the wraps off some major new Android apps. We also want to make clear that none of the following addresses jailbreaking your iPhone or rooting/flashing your Android device. We are dealing with both operating systems "as is", meaning we are only dealing with software that is available without altering your phone in any way.

After reading through the list, please let us know in the comments if we missed any exclusive apps, as well as what apps you're particularly jealous of as an iOS or Android user.