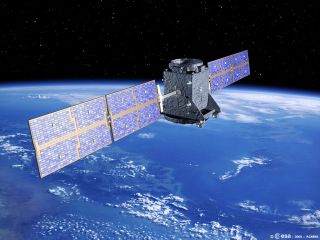 Giove-B carries what the European Space Agency is calling the most accurate clock ever put into space, capable of staying accurate to within a nanosecond in every 24-hour period. These extremely accurate clocks are the bedrock of a successful space-based navigational system.

The satellite began to transmit navigational signals after a slight hiccup after launch saw it having difficulty manoeuvring into its correct orbit, though this was later rectified. Now engineers at the ESA will use Giove-B to test the transmission of data across the five spectrums that the eventual Galileo cluster of 30-satellites will use.

All of this is on the road to clearing the launch of the first four Galileo satellites in 2010, with the entire 30-satellite cluster expected to be in orbit by 2013. The project has seen many delays and was nearly scrapped before the EU came to its funding rescue.

Galileo, as well as other systems being put into orbit by countries like Russia and China, is designed to compete with the U.S. owned GPS. One of the big reasons for this competition, bar national pride satellite-size comparison, is that the U.S. can scramble the GPS signal to any part of the world. With other countries putting up orbital navigation systems it will be a lot harder to cut off any country – and its military – from having reliable and accurate satellite navigation.