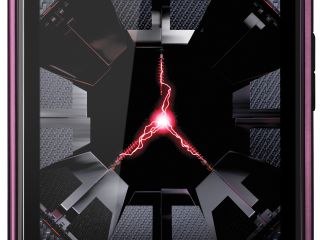 In addition to solidifying previous Droid 4 rumors, Verizon on Monday said that two additional Droid Razr models are on the way: a purple Droid Razr and the Droid Razr Maxx. Both are scheduled to arrive in the coming weeks, but will first make a stop in Las Vegas at CES 2012 to sport their hardware.

The purple-skinned Droid Razr, according to Verizon, will be the same phone we've come to know and lust over since its debut back in November 2011, but arrive with the new, third paint job and 16 GB of internal storage (current models come in Black or White). Let's also not forget its support for Verizon’s speedy Wireless 4G LTE network and a not-too-shabby price tag of $199.99 (with a two-year contract).

As for the Droid Razr Maxx, Verizon calls it a "marathon runner" due to its ability to let users talk on the phone for more than 21 hours continuously on a single charge. It's even designed for customers who spend their days and nights multi-tasking (seriously, that applies to everyone, doesn't it?), and measures a super-thin 8.99-mm. 32 GB of on-board storage (16 GB internal, 16 GB on included microSD card) and a $299.99 USD price tag round out a rather meaty overachiever.

"Droid Razr and Droid Razr Maxx are powered by the Verizon Wireless 4G LTE network and run on Android 2.3.5 Gingerbread, to be upgraded to Android 4.0 Ice Cream Sandwich," the company said on Monday without giving an actual upgrade date. "The Droid Xyboard tablets will also be upgraded to Android 4.0. Both Droid smartphones will be available in Verizon Wireless Communications Stores and online at www.verizonwireless.com in the coming weeks."

Customers that purchase a Droid Razr or Droid Razr Maxx will need to subscribe to a Verizon Wireless Nationwide Talk plan beginning at $39.99 monthly access, and a smartphone data package starting at $30 monthly access for 2 GB of data, the company said.