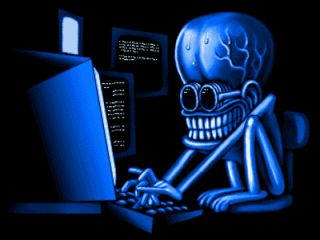 And the hacking spree continues. Game developer Crytek is the latest in a long string of attacks, reporting that four of its websites were brought offline due to suspicious activity. The news arrives after Apple's developer site and Canonical's Ubuntu forums were hit towards the end of July. Several other games-related sites were hit before then.

Currently four of Crytek's websites are down, including the main crytek.com site, mycryengine.com, crydev.net and mycrysis.com. They were brought down on Friday, and the company stated that the security breach "may have resulted in some users' login data being compromised."

MORE: How To Turn On Two-Step Verification

"Although it is uncertain whether the incident led to the copying and decryption of email addresses and passwords, it is possible that users with accounts at these websites have had personal data copied," the company said. "On Friday afternoon we started to contact all affected users via email and informed them of the potential security breach."

"Final details of when our sites will be back online will be communicated as soon as possible," the company added. "We're currently doing everything in our power to ensure our sites and, more importantly, our users, are not affected by such issues in future."

Once the four sites jump back online, users with accounts will be asked to change their password during log in. Crytek also suggests that users change their account information on other websites if they use the same login data.  Crytek-owned websites that were not affected by the security breach include GFACE.com, Crysis.com and Warface.com.

Gaming publisher/developer Konami was hacked in the first half of July. The company said it detected 35,252 cases of unauthorized logins to its Konami ID portal site during June 13 and July 7. A total of 3,945,927 login attempts were made during that timeframe. Konami said that the IDs and passwords used in these unauthorized logins appear to have been leaked from an external service provider.

Developer Bohemia Interactive, the studio behind the popular ARMA series, also reported that an illegal attempt was made to access a certain portion of its online websites. Hackers managed to download a database containing usernames, email addresses and encrypted passwords. Bohemia said that it's very unlikely anything "nefarious" can be done with the information due to the password encryption.

Prior to that, Nintendo acknowledged that its Club Nintendo site in Japan experienced around 23,000 unauthorized logins out of 15 million attempts. The company said that it was possible hackers acquired full names, addresses, phone numbers and physical mail addresses. Old passwords are now invalid, so Japanese Club Nintendo users will be required to make new ones.

Ubisoft said at the beginning of July that one of its web sites was exploited to gain unauthorized access to some of its online systems. The games publisher said that data had been illegally accessed from its account database, including user names, email addresses and encrypted passwords. The company wouldn't go into specifics, but said that information like phone numbers and physical addresses weren't obtained.