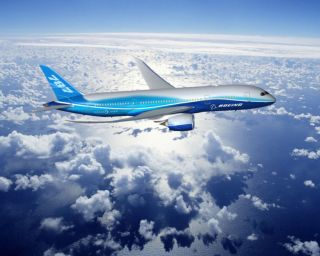 Good news for Boeing: The company was able to move its third 787 jet into the final assembly stage. The assembly is expected to be completed sometime this summer. Boeing will then install an interior as part of the flight-program and certification process. This will be the first time the 787 airliner will reach a "close to final configuration" stage. The first airplane to fly is on track for "power on" in June.

Boeing currently has 25 of the 787 planes in various stages of production. The company said that this number includes the static and fatigue airframes, which will not be delivered to customers.

The 787 has seen several delays, most recently in early April of this year. Back then, Boeing said that the first 787 jets are expected to be delivered to customers in the third quarter of 2009.