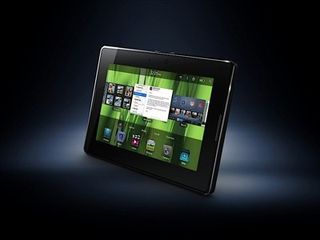 Previously, the device was expected to launch this month. However, with March upon us, there’s still no indication from RIM as to when we might see the tablet in stores. Today, fresh rumors suggest the launch is set for the beginning of April. Boy Genius Report claims to have been told by multiple sources that the PlayBook will debut in retail stores on April 10.

BGR’s sources offered little in the way of additional information but one thing they did mention was that the PlayBook’s QNX OS would hit Gold Master on March 31. This means users will get an update notification when they power on their device for the first time.

Recent rumors have also suggested that the PlayBook will support Android applications. However, there has been nothing to suggest we’ll see Android app support from day one. Whether this will come as an update later on, or even in another iteration of the PlayBook, remains to be seen.