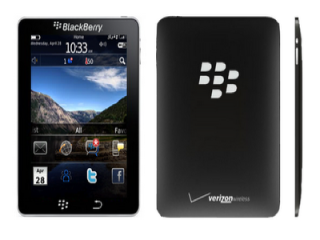 With all this Tegra 2 and CDMA iPhone talk, there hasn’t been a lot of news for BlackBerry fans as of late. However, things aren’t completely silent on the RIM front. In fact, Boy Genius Report has gotten its hands on details and a clear photo of the touchscreen BlackBerry Dakota.

No word on pricing, release, or carrier, but we’re excited.