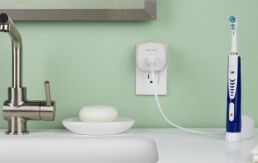 Do We Need New Models?

A couple of months ago, we conducted the Tom’s Guide Power Challenge, offering you a glimpse into the world of gadgets and energy consumption. Part of the Challenge involved using Belkin Conserve strips to cut power to attached devices during off hours and thus eliminate standby or “vampire” loads.

In mid-July, you should see Belkin release its second generation of Conserve products. When I found out that a second gen was en route, I asked the obvious question: So what? After all, the first gen performed as advertised. Click the remote, off goes all current flow to the attached devices, have a nice day. Of course, there was that nagging fact that I was the only one in the house who remembered to turn off the strips, and even that was only because I had to remember for the article. (Note: I found that family memory increased substantially once I mounted the remotes next to the room’s main light switch instead of leaving them laying loose on my desk and mixed in with the home theater remotes.)

Another problem with the first gen Conserves we heard about repeatedly during and after the Power Challenge was the price. With retail prices running from $40 to $60, and each strip yielding, say, $5 in energy savings per month, it might take a Conserve over one year to pay for itself if used religiously. I think this is a decent return on investment period, but some might disagree.

Either way, Belkin had room to improve, and we were surprised to see that not a single one of the new Conserve products had a remote control for turning the strip off. Huh? What’s going on here?

Next Page The Conserve Socket