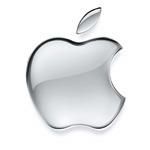 Apple has announced new or revamped iPods in September for the last three years running so the rumours were flying well before Apple announced Let’s Rock last week.

Digg Founder, Kevin Rose, started things off and while the blogosphere has been going nuts with predictions and forecasts for Tuesday, it’s mostly been the same stuff rejigged. So what’s expected from Apple? We’ve heard all the rumors about a whole new Nano, small changes to the Touch as well as 2.1 software and iTunes 8.0. However, one of the things we’re more interested in, is the speculation surrounding the almost inevitable price cuts across the iPod lines.

When Apple launched the 3G iPhone for $199, there were plenty of happy campers. The company sold 1 million units in the first weekend and this was thanks, in large part, to the huge drop in price bringing the iPhone out of the elitist price range so commonly associated with Apple, down to a more affordable price for the masses.

However, unfortunately, at $199 the iPhone makes buying an iPod Touch for $299 and a separate cell phone, seem a little pointless, even with the AT&T price plan. Amid all the excitement back in June about a $199 iPhone, we were left scratching our heads at the notion that an iPhone would cost the same as an 8GB Nano.

In hindsight, Apple may have been trying to give the iPhone an extra shove in the right direction. Now that the phones are pretty much walking out of the shop by themselves, the company can drop the prices of the iPod to better compliment the price of the iPhone.

While there’s not as much happening here as there was back in July (the MobileMe change over, the 3G iPhone’s launch in 20 countries and the release of 2.0 were all lumped together in one big monster Apple launch), the possibility of a new iTunes has some people worrying there could be another “rocky” launch ahead.

We’re pretty sure Apple hasn’t lost the knack to launch one product at a time. Even if the company did announce that the revamped iPods, 2.1 and iTunes 8.0 were to launch on the same day, the demand for the new Nano and slightly modified Touch won’t mirror the demand for the iPhone by a long shot, which should make for a calmer launch. As for iTunes? There hasn’t been any major problems with iTunes in the past, at least nothing that matches the magnitude of the problems MobileMe brought about so, it looks like it’ll be mostly smooth sailing.

Stay tuned and we’ll keep you posted on the day’s events.