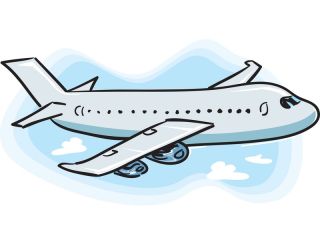 During the 'Hack in the Box' conference in rainy Amsterdam, a security consultant and commercial pilot Hugo Teso showcased an Android App he developed himself that can hack an airliner simulator and theoretically, your next flight.

While we can tell you with a sigh of relief that this app will not be available on Google Play any time soon (or ever), the app itself shows critical weaknesses in security protocols and electronic infrastructure when it comes to commercial aviation. The App, called PlaneSploit, can hone in on its targets from the ground by hijacking radio communications between aircraft and ATC (air traffic control), and use a parallel uplink to infiltrate the flight management system.

As most modern planes use fly-by-wire technology (in essence meaning that all tension cables and hydraulic fuel lines are replaced by servos and stepper motors and controlled through software), the app would easily be able to take over the avionics of an aircraft, and make it do whatever it pleases. It could even morph information that is fed towards the pilots and mislead them into making errors or serious oversights (imagine an empty fuel tank over the Pacific Ocean).

The app has made very clear that, although airplanes have evolved into flying computers, their security is still largely flawed. While immediate action is being taken by flight management manufacturers to improve security, we hope that the FAA (Federal Aviation Administration) and NTSB (National Transportation Safety Board) won't start banning smart phones on their flights as well.