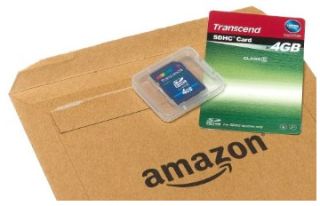 According to TimesOnline, an undercover investigation into employment conditions at one of Amazon’s four sites in Britain revealed some pretty scary stuff about working at Amazon as temporary staff.

The paper sent a reporter to work for Amazon for a week in one of the company’s packing sites. After securing a position with Amazon through Quest, a recruitment agency the etailer uses to find staff, she was told the hourly rate was £6.30, 57p more than minimum wage. She worked on a shift until midnight, earning £6.80 an hour, but was told that she would have to pay £8.50 a day to use a communal bus laid on by Quest unless she wanted to make her own way there.

The reporter claimed that calling in sick earns an employee a penalty point and once a member of staff clocks up six, they’re out of there. This applies even if the employee has a valid note from his or her doctor. The undercover reporter received half a penalty point on her first day for being late, despite the fact that she was there on time and just neglected to clock in.

The area manager for packing told staff that overtime was “mandatory” and that he was going to be “strict” about enforcing it, adding that he didn’t want excuses on why people would not be able to work the extra day.

Amazon responded to the Times article saying those who were not willing to work a lot of hours should not accept a position with the company. A statement from Allan Lyall, VP of EU operations at Amazon said in a statement that demand for permanent roles from temporary employees is at such a high level that the company no longer needs to recruit externally for permanent positions.

Read the full report on the TimesOnline.