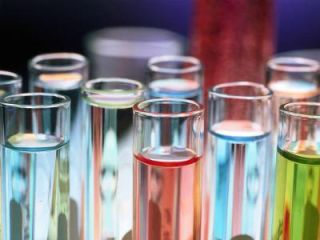 We've seen some pretty incredible things come out of a 3D printer, but this really takes the cake: A woman in Belgium has just been given a titanium jaw that was printed using a 3D printer. According to 3Ders, Belgian and Dutch scientists at the University of Hasselt (Belgium) have successfully replaced the lower jaw of an 83-year-old woman with a 3D printed model.

The story goes that the woman's lower jaw was badly infected and doctors needed to remove it. Usually, a microsurgical reconstructive surgery would be performed. However, doctors said that this would be risky and would take a long time. Instead, they chose to do a custom-implant job. Researchers say that this is the first custom-made implant in the world to replace an entire lower jaw. The patient recovered much quicker than she would have had she had a more traditional surgery.

"Computer technology is causing a revolution in medical industry", 3Ders cites professor Jules Poukens from BIOMED as saying. "A traditional surgery takes up to 20 hours, and the patient should definitely stay 2 to 4 weeks in the hospital. But this operation lasted four hours and the woman could go home after four days."

The 3D printer that produced the implant was able to do so in a matter of hours (as opposed to the several days it would take to produce the implant using conventional methods) and used less materials to complete the process. The resulting product was a custom-made jaw that, while slightly heavier than a normal jaw, allowed the woman to talk and swallow just one day after surgery.

Head on over to 3Ders to read more about the procedure.