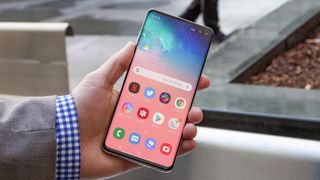 The Galaxy S11 is in all likelihood a couple of months away from its debut, and from what rumors we’ve seen this installment of the Galaxy S-series will be a big overhaul by Samsung. However there is something bad about these phones that is likely to become even worse with the next generation: repairability.

The Elec (via SamMobile and TechRadar) has reported that Samsung’s new phones will be constructed with glue, rather than double-sided adhesive. This will make it much harder to remove the internal components of the S11, as double-sided adhesive is designed for easy removal, whereas glue most certainly isn’t.

Samsung has been introducing more and more glue into its phones, including all 2019 Galaxy A and Galaxy M series models, which had large parts of their circuit boards glued into place. There were still adhesive strips used within these phones, but less as a result of the increased amount of glued-in components.

There are cost and design reasons for using glue instead of adhesive strips. Cheaper construction due to glue’s easier application means lower prices for consumers and larger profits for the manufacturer. It also means smaller bezels, which allows for a more attractive display for enticing consumers.

However, this design comes at the expense of waterproofing and repairability. Should your brand new S11 experience an internal fault, it may require some specialist tools and expertise to fix it rather than you being able to pass it to a local phone repairer or tech-minded friend to try and deal with the problem.

For more rumors and news, including much more positive developments than this one, be sure to bookmark our regularly updated Galaxy S11 hub page.