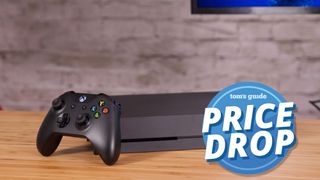 If you've been holding out for the right Xbox One deal, B&H Photo has the sale you've been looking for.

In our Xbox One X review, we really liked the 4K quality gaming experience the console provided. When you're not playing games, you can also use the console to watch 4K UHD Blu-rays and stream 4K content. Make sure to check out our list of the best Xbox One games to help build our your gaming library.

Keep in mind, the Xbox Series X has been officially confirmed by Microsoft, but the next-gen console won't be out till next holiday season. (And it likely won't cost anywhere near $299).