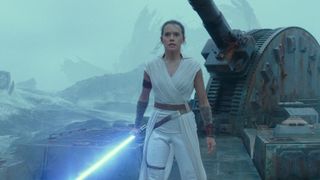 While some fans didn't love Star Wars: The Rise of Skywalker, I'm ready for it to hit Disney Plus already. But if you've been streaming the recent Star Wars movies lately, you might also have a slight doubt, thinking it might hit Netflix first (as The Last Jedi is still there).

However, I can confirm that The Rise of Skywalker is going to stream exclusively on Disney Plus, and will not come to Netflix. As for when it shall arrive, Disney's yet to offer a formal streaming release date (it just came out in theaters!), but we've got some data points to draw from.

• Want to try Disney Plus? Sign up for the 7-day free trial

While Disney's live action remakes of its animated movies don't get the royal treatment that, say, a Star Wars or Marvel movie receive, the recent Aladdin and The Lion King films arrive next month (January 2020). Polygon notes that these films are coming six months after their theatrical releases.

This suggests Disney Plus could get the 9th episode of the Skywalker Saga next year. As for when, it wouldn't be a bad guess to think they'll arrive in summer. Looking at the Disney Star Wars Blu-ray release dates (digital releases arrive within 1-2 months of physical copies), we see that each of Disney's Star Wars films hit store shelves within 4 months of the theatrical version's release.

For more, check out our guide to watching the Star Wars movies in order.

Rogue One: A Star Wars Story

The Rise of Skywalker is the first big Disney movie released while Disney Plus is active, so its streaming release date should give us a clue to how long we'll have to wait for future blockbusters to hit the service. Stay tuned to Tom's Guide for all things Disney Plus.