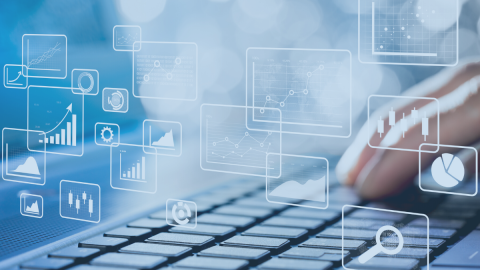 Anyone shopping their options for employee monitoring software already knows the threat that data breaches pose when a single disgruntled employee can steal your most valuable IP with a few keystrokes on their way out the door.

You may also know that the majority of these software packages tend to be entirely reactive and user-reliant. It will track data on all employees, but it’s your job to know which employee’s data to check. It will let you gather video evidence of an insider breach, but only after you realize the breach has happened. Your IT or HR team, likely never trained in aberrant employee psychology or corporate espionage, will be expected to analyze tons of potentially innocuous—or merely lazy—behavior for a poisoned needle in a haystack.

A far better option is to rely on AI-based monitoring that will analyze employee actions for abnormal behavior, informing you immediately if possible data theft is occurring and providing logged data and screenshots of their actions. You can then use a curated DVR playback feature that shows each problematic activity in chronological order, so you can judge their actions with your own eyes.

In this way, you won’t need to worry about either logistical or privacy concerns when it comes to watching everything that your employees do; just leave that to the software until it’s a necessity that you step in.

Veriato Cerebral fits that description better than any other major monitoring software on the market because it provides both user activity monitoring (UAM) and user behavior analytics (UBA) in a single integrated platform. Cerebral proactively seeks out escalating discontent or evidence of compromised credentials, analyzing every aspect of each employee’s work behavior and providing you with the evidence you need to prove unlawful intent if necessary.

To do so, Cerebral starts by recording and analyzing every potential data point of an employee’s activities. It analyzes and records all chats and emails. It registers time spent visiting individual websites or using each application, and flags any excessive time-wasters. Along with tracking all network activity, Cerebral uses document tracking to catch large uploads to external drives, sensitive files copied to USB drives, all printing jobs, and much more.

Cerebral’s machine learning software builds a digital fingerprint for every person on the network based on their activity over time. It then constantly analyzes the behavior of each user against their own dynamic baseline (as well as their assigned groups' baseline), looking for anomalies in behavior that could indicate a possible threat by an employee, a contractor or temp worker, or even an outsider who has taken control of an employee’s work station.

Detecting deviant or malicious behavior depends greatly on your company’s specific industry. That’s why Cerebral gives you the option to add customizable keywords or action-based events to better catch threats to your specific areas of concern—for example, suspicious breaches into your patient records, client lists, contracts or financials.

If cerebral detects an anomaly or an indicator of threat, it will immediately alert you. This not only increases the efficiency of the security team by pinpointing the areas to investigate but also reduces the time it takes to react, which is critical when valuable data is being siphoned.

Veriato claims that only 2% of its warnings turn out to be false positives when tested against the CERT database for insider threat detection, but you and your team will ultimately be the ones to judge its findings and take action.

Ideally, Veriato’s AI-based platform aims to predict threats before problematic behavior escalates to something more serious or criminal. Cerebral checks all email messages sent and received and flags potential malcontented language. These psycholinguistics alerts often signal an imminent downward spiral from an angry worker to a malevolent insider. Whether their frustrations are justified or not, these alerts provide you with a chance to address or resolve their grievances before they become a risk to the company (or to themselves).

Cerebral provides this risk assessment company-wide on each employee, in the form of a daily risk score (which you can see above). Management or security teams can monitor high-risk employees, and can actively choose to take a closer look at any employees’ worrisome behavior, well before any major risk alert is triggered.

Nevertheless, once Cerebral does flag a potential issue, it’s vital that your security team determine quickly if a person is really stealing company secrets or just planning to work from home. Incomplete information eliminates the ability to react quickly. Thankfully, Cerebral records each employee’s workstation at all times, then uploads that data to your Cloud or SQL server for your security team to analyze instantly. You can playback their actions when the “breach” occurred and see for yourself what happened. Or, if their wrongdoing isn’t immediately obvious, you can playback the previous days, weeks or even months to scrutinize their actions in greater detail.

Other UAM systems offer 24-hour screenshots or recordings as well, of course, but without user behavior analytics to pinpoint anomalies, breaches are often missed and take months to identify, well after the damage is done. You need an AI that can cut through the white noise and highlight the exact moments that could signal something sinister—which is exactly what Cerebral does. Its recordings aren’t just images, but rather have digital, searchable data, meaning your security team can jump to any screenshots associated with certain keywords or evidence points.

It’s the equivalent of a Google search bar for results on your employees’ actions that year, and it will help you determine the extent of the breach, attack strategies and even accomplices both inside and outside of the company.

Because Cerebral records and analyzes all activity, many organizations utilize Cerebral’s reporting feature to understand which employees are productive and who spends the day shopping online or on Facebook. Productivity reporting can be an important tool for management and HR.

Whether you’re more concerned about IP theft or time theft via Instagram, Cerebral assists you in catching and addressing problems proactively, without making you spend time seeking those problems out.

Some vendors in this space sell UAM software that puts the responsibility of identifying breaches on the shoulders of your security team. Keep in mind, however, that the Ponemon Institute’s annual data breach study stated that businesses take, on average, 206 days to identify a breach and an additional 73 days to contain it. Those that detected breaches quicker than the 200-day average saved approximately $1.2 million on data breach costs, compared to companies that weren’t prepared to catch these threats.

It’s our view that giving your security team a monitoring solution without an AI-based UBA may be really just be giving them a false sense of security. And the cost of failing to promptly detect a breach perfectly demonstrates why it’s better not to leave these things to chance.

There are also companies that provide AI-based UBA solutions for spotting employee issues, but they don’t pair their AI with user activity monitoring. Without detailed employee recordings, you lack the means to see exactly what happened, thwarting your ability to act quickly. Additionally, the security team may lack proof of any wrongdoing, either to terminate the employee or take them to court.

For an all-encompassing approach to protecting your company and keeping your employees happy and on task, Veriato Cerebral is currently the best option available, which makes it unsurprising that Techradar Pro rates it as the best employee monitoring software today.

If you’re interested in learning more about Veriato Cerebral, we recommend you check out their site for more detailed information on their services and pricing.