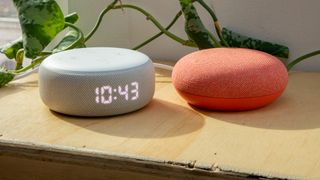 Amazon, Apple and Google announced a plan on Wednesday to unite all smart home devices under a common technology standard.

The initiative, labeled Project Connected Home over IP, which also includes the Zigbee Alliance, would make it easier for devices to cooperate within smart home ecosystems. Under the proposed standard, developers could manufacture new connected gadgets without paying separate royalties for different communication protocols.

Project Connected Home over IP will “make it easier for device manufacturers to build devices that are compatible with smart home and voice services such as Amazon’s Alexa, Apple’s Siri, Google’s Assistant, and others,” according to an official statement.

The project will use technology from Amazon, Apple, Google, Zigbee Alliance, and others to create an IP-based system, which in theory will enable more efficient communication between devices from different manufacturers. The group hopes to release an initial draft in late 2020.

By creating a common standard, it should make it easier for developers to create  smart home devices that work with Alexa, HomeKit, Google Assistant, as well as any other future smart home systems. To start, devices will have to support at least one of the following protocols: Wi-Fi, Bluetooth Low Energy, or Thread.

According to the statement, existing smart home products will continue to work as they do today. The new protocol should have little effect on consumers, albeit more smart home brands to shop from in the near future.